Loosely defined as the fear of wax figures, humanoid robots, audio-animatronics, or other figures designed to represent humans.

I have a huge phobia of humanoid figures.

Dolls, human-like robots, 3D animations of people – you name I, I fear it. I don’t know why I’m immortalising this fact on the internet when I’ve guarded it closely for so long but it’s something I felt the urge to share following the difficult time I went through yesterday morning trying to mute a tweet that showed a 3D FIFA 19 animation of N’golo Kante. N’golo, (who is my favourite football personality as of June 2018) suddenly became a menace to me. I hurriedly tried to eradicate the tweet from my timeline and from my psyche; frantically muting, blocking, muting again, turning off retweets and on and on and on until finally, I heard the soft click of a refreshed Twitter timeline that was animation free.

(Isn’t he the purest thing you’ve ever seen. Mah heart!)

My first memory of seeing a doll was when I was 5 years old. At the time, I lived in Gambia while my mum was in London and I remember asking her for toys over the phone and being overcome with excitement when I was called in to the living room months later for the unveiling. My excitement soon transformed into fear when the packaging was ripped off and I was faced with a blond haired, blue-eyed little girl who was wearing a polka dot dress. She was the same size as me and I swore I could see the life in her eyes. Strangely enough, she was not moving. On closer inspection, I realised that she was made of plastic. The lifelike features of this thing before me and its apparent lifelessness evoked such a sense of fear within me that I could not stand still. I ran out of the living room and sought refuge behind my aunt’s bed.

According to Ernst Jentsch’s theory of the uncanny (which is the psychological experience of something as strangely familiar, rather than simply mysterious or taboo), we treat the new and unusual with mistrust and unease because we do not have intellectual mastery over the thing just yet. Adding to this, the Japanese robotics professor Masahiro Mori coined the term “uncanny valley” in 1978 to describe the relationship between the degree of a humanoid object’s resemblance to a human being and the emotional response we have to that object. Mori states that when an object is close to human likeness but not quite there, it can elicit feelings of eeriness and revulsion. According to Mori, when focus is put on the appearance of a figure so that it’s made to look human-like, at first we feel a sense of familiarity with it but when we realise on closer inspection that the thing lacks human attributes, that familiarity becomes negative and it is at the point that we reach the peak of the uncanny valley.

I strongly agree with this idea that lack of familiarity leads to a feeling of uncanniness which can then create a sense of fear in the individual. A large part of my hostility towards dolls is due to the fact that I do not understand them as a being. For me, dolls are a combination of the essence of humanness and of inhumanness all at once. They have human-like features but do not possess qualities which are commonly associated with personhood and this is something my brain still does not fully comprehend.

If one turns to Freud’s explanation of the uncanny, it becomes clear that my age was also a contributing factor to emotional response to the doll. He states that dolls are closely connected with infantile life and that in early games, children do not distinguish between living and lifeless objects.  As a child, I took everything I saw at face value and therefore by virtue of looking human, I expected dolls to possess the most basic sign of life, movement.  A dissonance occurred for me when I became unsure of whether I was looking at a human or a piece of plastic. As an adult, I am now aware of the fact that dolls are indeed lifeless but the mood of our first meeting has lasted over the years. There is a gap in my understanding of their existence and within this gap is where the uncanniness described by Freud and Jentsch occurs. The gap is the uncanny valley. The theory of abjection further provides a coherent explanation of why I always react with so much anxiety when faced with humanoid figures whether they are still or in motion. The Bulgarian-French psychoanalyst Julia Kristeva states that the abject represents a revolt against that which gave us our state of being and that it refers to a threatened breakdown in meaning caused by the loss of distinction between subject and object or between self and the other. The abject is that which inherently disturbs conventional identity and cultural concepts. I am drawn to this explanation because it captures the crux of my fear; mortality. The essence of my fear lies in the fact that the doll looks alive but in fact, is not. Importantly, I often suppress the reality that such a dissonance is not a rare thing; it occurs frequently in the form of corpses. When I face dolls, the feeling of abjection that subsequently takes place is as a result of me being reminded of my own mortality. One day I and that same doll will unite and our existence will become one; I too will be lifelike in appearance and lifeless in existence. In Heidegger’s ‘Being and Time’, he states that because death is the most certain possibility, we are always beings-towards-death. Thus, our existence is only possible because of this futural certainty of death.  For me, the borders between object and subject, human and inhuman and the self and that which threatens the self, disintegrate and I am drawn to a place where the abject becomes a tangible threat because all sense of order has been disrupted.

According to Heidegger, one’s sense of self comes from the outside world and as such, is always faced with possibilities.  However, these possibilities are not actual possibilities but rather “possibility of possibilities”.  In this sense, the possibility that the dolls could actually be alive is ever present somewhere in my psyche and this acts as the catalyst which perpetually fuels my fear. This explanation is also what brings forth an acute sense of fear when I am faced with a 3D animation, whether it be video game characters or a children’s Barbie movie, because in that very moment, my worst fear has come to life. Dolls have come alive.

As the gap between the doll or humanoid figure and myself becomes narrower, so does the depth of my fear intensify. The more closely the doll resembles myself or those I know or is made to inhabit human activities, the more acute my phobia becomes. This has made social media platforms, particularly Instagram, a thorny path for me with the emergence and popularity of accounts dedicated to portraying dolls undertaking activities any 21-year-old girl would, including taking selfies in a bathroom mirror and sipping on Starbucks coffee. I have no control over the circulation of these photos and I can never calculate closely enough when they will suddenly appear on my explore page and that lack of knowledge is its own form of anxiety. Being unable to help a nagging little girl braid her doll’s hair and having to whisper gently into the ears of people you barely know to move a doll because you couldn’t bear to touch it yourself and feared how others would react to your nervousness if you were forced to sit close by it, inhabits a different strain of shame. That of struggling with something that seems far too trivial to be taken seriously.

I inhibit myself from fully expressing my phobia due to the repetitive reactions I usually get which bounce between:

1) Having people laugh directly in my face because to them, humanoid figures are too inconsequential to possibly impact mine or anyone else’s life in any way.

2) Being forced to face my fear by those who are absolutely convinced that such a thing does not exist.

Whether it be having to block accounts such as ‘Sophia The Robot’ on Twitter, feeling a shiver down my spine when faced with SIMS characters or experiencing a split-second sense of stillness when I am surprised by pictures or videos of humanoid figures, the sense of uncanniness that has been present in my life since I first became aware of it at the age of 5 shows no signs of slowing down Here’s to constantly finding new ways to avoid being triggered. 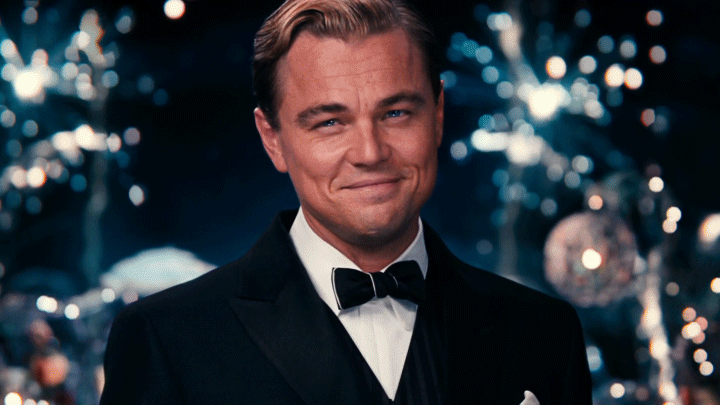